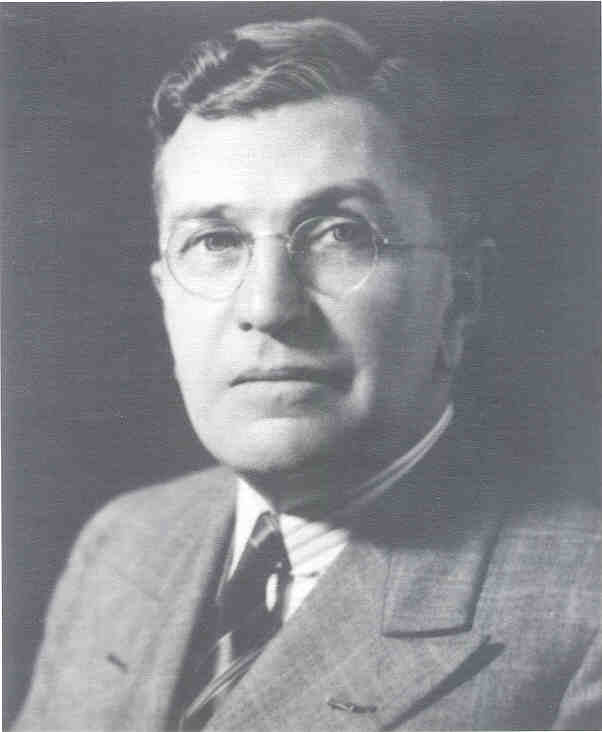 A graduate of Yale University in 1901, John Wickersham was an engineer in New York City and Hartford, Connecticut before returning to Lancaster, PA.

In 1917, John entered the military and participated in four battles. He received the Purple Heart with Oak Leaf Cluster. An Oak Leaf Cluster is granted to a service member who has been previously wounded and who already has a Purple Heart. He was awarded two more citations and later promoted to colonel.

In 1956 he received the city’s Red Rose Award for “outstanding service that has reflected upon and brought honor to the City of Lancaster” in his many years on the planning board. 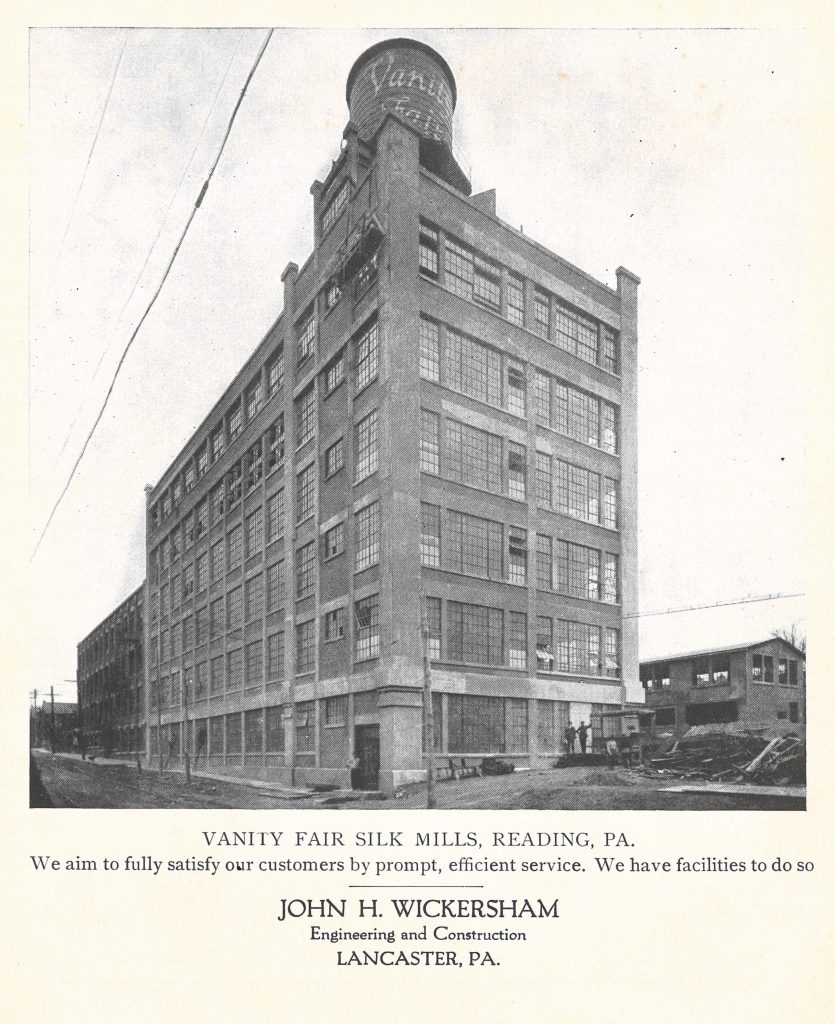 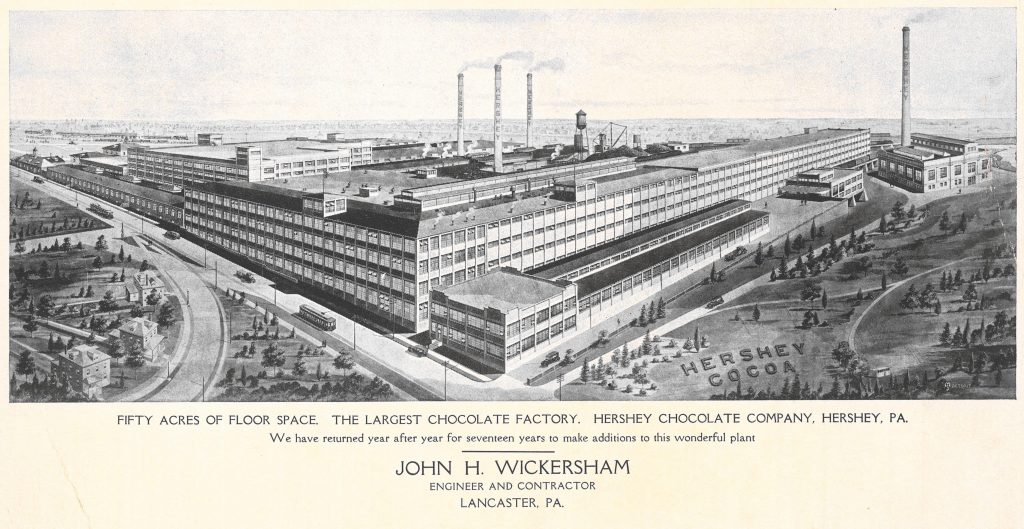 The Rise of Industry

Wickersham Construction & Engineering was founded as John H. Wickersham Engineering and Construction in 1906. The company was founded at the intersection of two major trends. The rise of economies of scale in manufacturing and the discovery of the abilities of reinforced concrete.
John Wickersham was able to capitalize on both of these trends by building multi-story manufacturing buildings; first using heavy timber framing and later reinforced concrete and structural steel as larger structural steel shapes became more available.
Wickersham was able to capitalize on another trend during the early years of the 20th Century, the increased use of automobiles. As Henry Ford used the assembly line to lower the price of automobiles from several thousand dollars before 1908 to as little as $260 for a Model T in 1926, the number of cars in America skyrocketed. However, since trains had become the principle means of long-distance transportation in the 1850’s, roads had been allowed to deteriorate. Rural roads were largely relegated to local transportation and getting freight to and from a railroad station. Lack of bridges and deep mud didn’t stop large wheeled horse drawn wagons that could cross small streams. However, for smaller wheeled cars these were huge obstacles. Federal, state and local governments started bridge building programs to accommodate the increasingly popular cars. John Wickersham designed and built numerous bridges in the early 1900’s as a part of these programs. 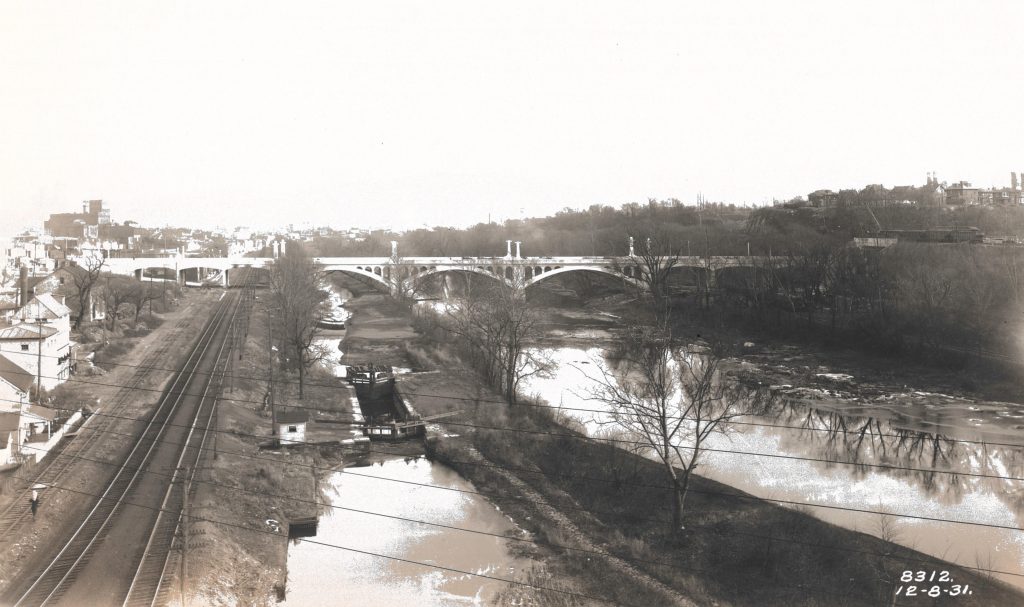 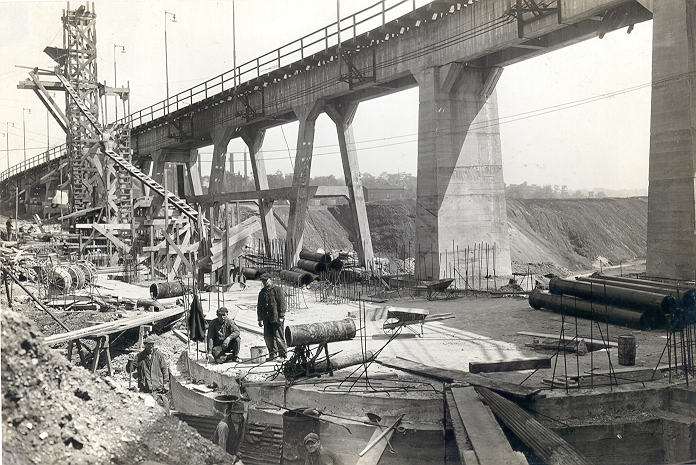 When the misguided policies of Herbert Hoover and FDR turned a stock market crash of 1929 into a full-blown depression, John Wickersham found different revenue sources to survive the Great Depression. In 1929 Wickersham started construction of the Buttonwood Street Bridge in Reading, PA. This multi-year reinforced concrete building project required first constructing a bridge over the Pennsylvania Railroad tracks and then the Schuylkill River and long dormant Union Canal along the bank of the Schuylkill. In a testament to its durability, this bridge is still in constant use and largely unchanged from its appearance when completed in 1932. Wickersham also constructed the bridge over the Swatara Creek in Hummelstown during this time, also still in use.
Before the widespread affordability of autos, communities that were not along train lines were connected by trolley lines. One of those trolley lines was the Lancaster Traction Company that connected Lancaster to neighboring towns.
As cars replaced trolleys for passenger transport, trolley lines became unprofitable and closed. John Wickersham purchased the lands owned by Lancaster Traction Company in Lancaster and developed the property for housing. Survival in the 1930’s included building houses for the affluent that were not affected by the policies from Washington. 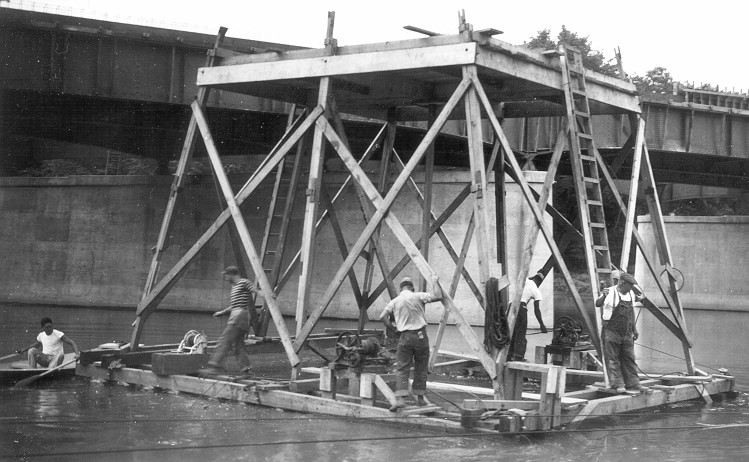 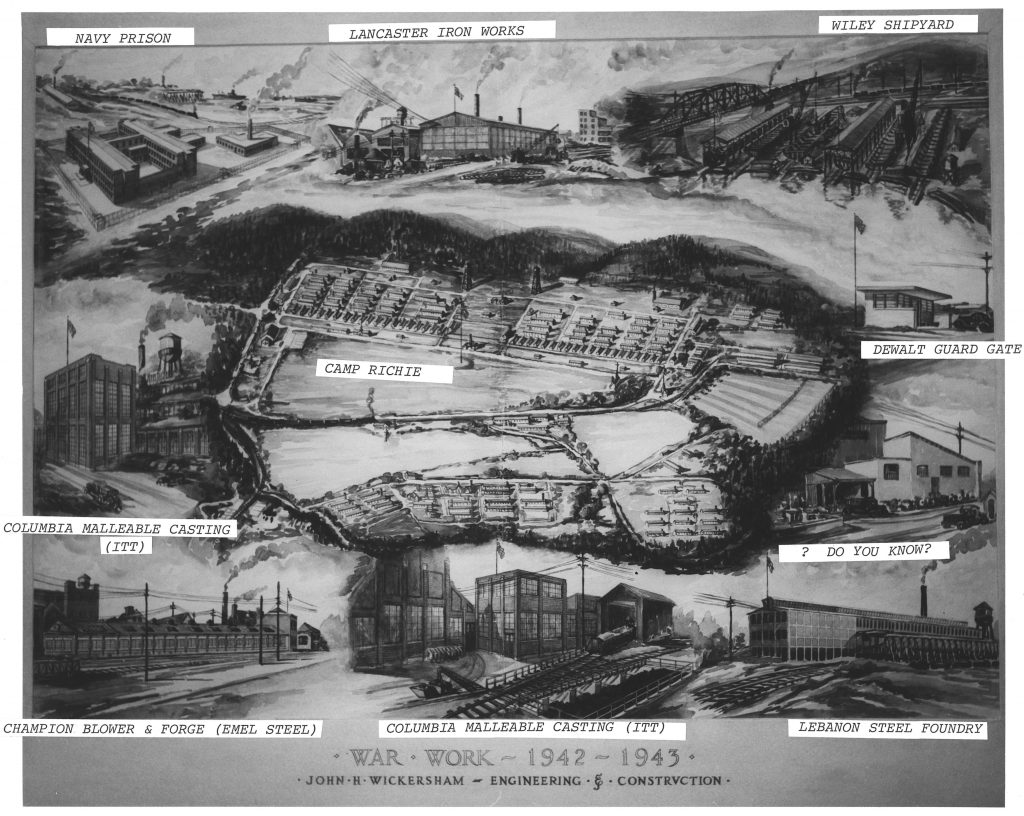 The attack on Pearl Harbor ended the Great Depression by employing millions of people in the military and defense industries. Depression area rules that forced employers to pay union wages didn’t matter if the government was reimbursing manufacturers for their costs plus a fee for overhead and profit.
John Wickersham took advantage of this industrial and military expansion by building new facilities for Bethlehem Steel and other manufacturers that were working on government contracts. Wickersham also completed an extensive expansion of Fort Ritchie, near Waynesboro, PA where the army trained soldiers on how to interrogate captured Axis soldiers. During the war years, Wickersham constructed a number of bridges for the PA Turnpike. 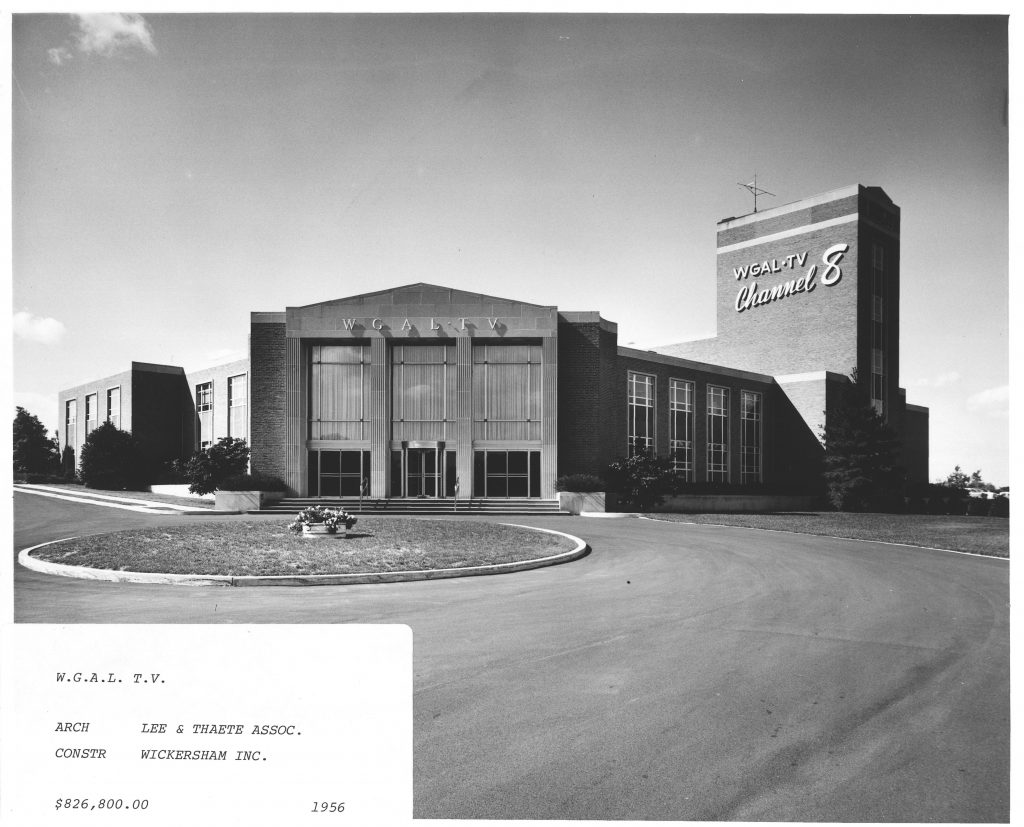 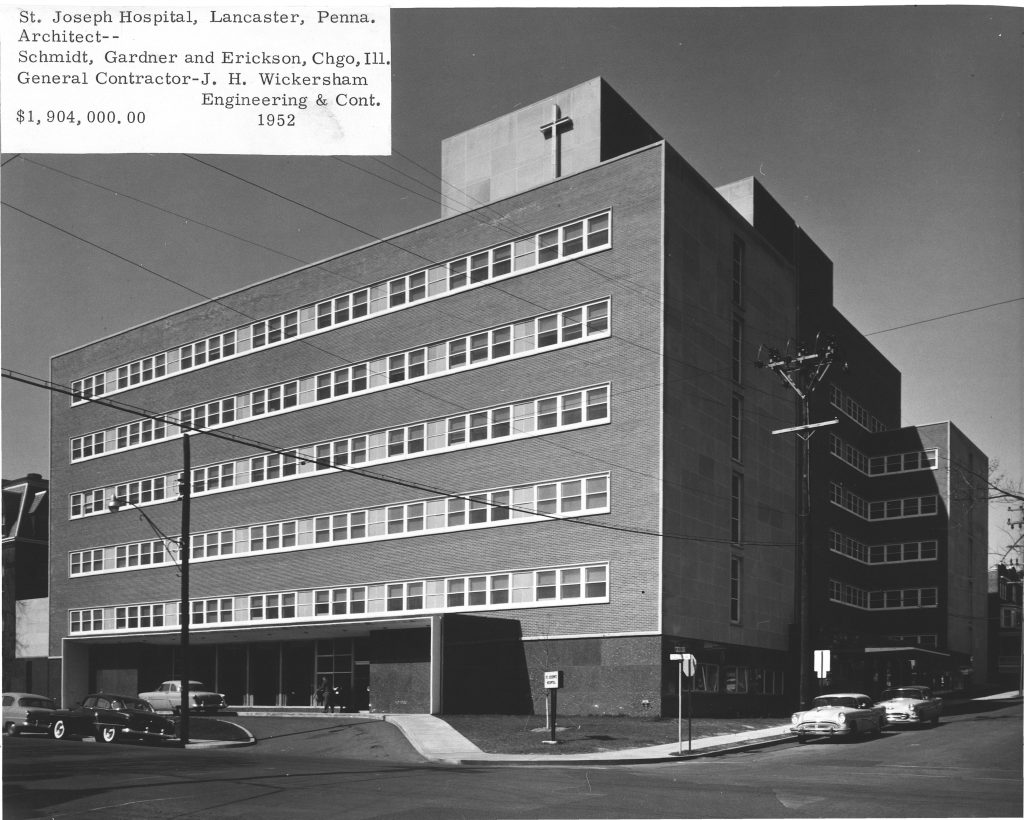 After WWII, vast changes in society affected the type of construction that was being built. After ten years of almost no economic growth and another five years of military production, the private economy began to recover. However, the popularity of the automobile meant that people did not want to live in cities but in the newly developing suburbs. No longer were towns and industrial facilities located along railroads, they were located along roads, especially after the Interstate Highway System lowered the cost of truck transportation. Wickersham Construction was no longer building bridges for the Pennsylvania Railroad and multi-story concrete factory buildings along railroad lines, it was building one-story manufacturing facilities along suburban and rural roads and bridges for the Route 30 bypass around Lancaster. 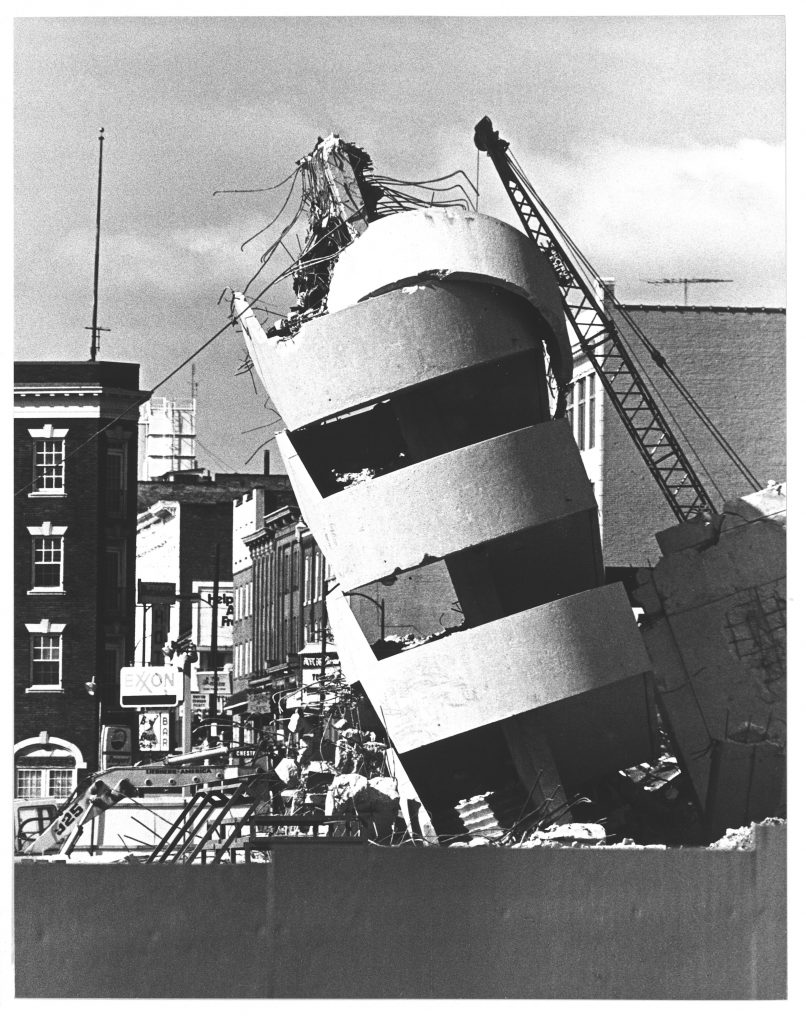 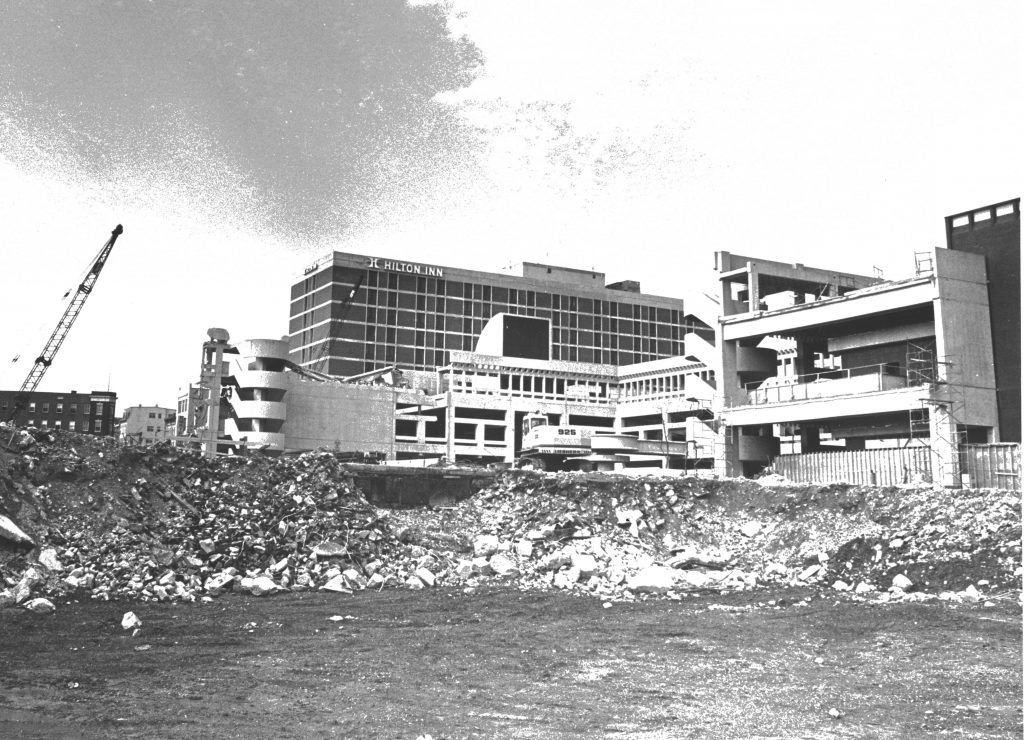 Elmer Hansel ultimately transferred his ownership to Ben Bowman and Clint Clubb who were project managers with the company. In 1959, Wickersham and a number of other local contractors formed the first Associated Builder and Contractors Chapter to represent open shop contractors outside of Maryland. Clinton Clubb served two terms as president.

One of the unfortunate urban planning concepts that developed at this time was the belief that it was the buildings, not the people that make a city and that cities need to be modified to accommodate car traffic to survive. This ultimately resulted in the needless destruction of architecturally significant structures in Lancaster and replacement with vacant lots and multi-story parking garages that were demolished a few years after they were built. Wickersham Construction demolished the ill-advised urban renewal project on North Queen Street only five years after it was constructed. 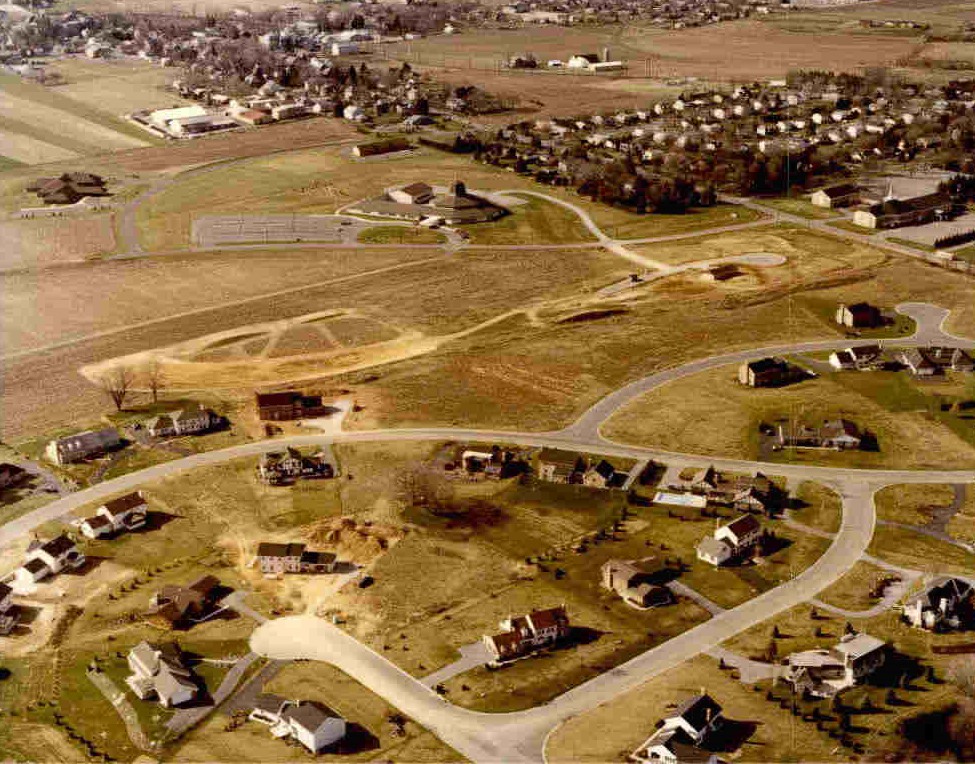 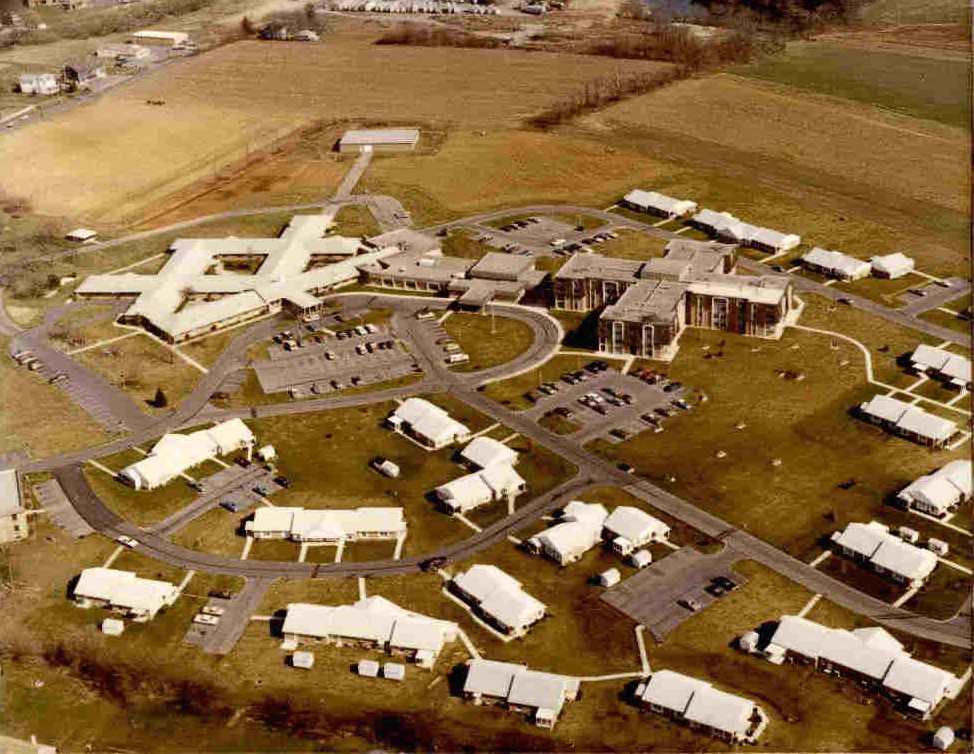 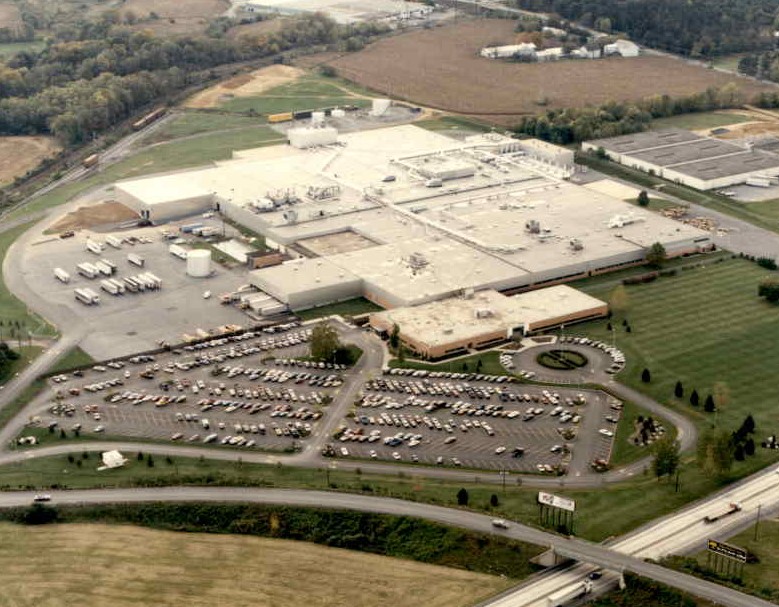 As society became much more suburban, Wickersham, now in its third generation of management continued to build schools, churches and industrial buildings throughout PA, Delaware and northern Maryland. During this time Wickersham constructed buildings for Cecil County Community College, Franklin and Marshall College and schools for the Susquehanna, Perryville, Conestoga Valley and Solanco school districts. The arrival of Donnelley Printing to take over the vacant Schick building in Lancaster started a long-term industrial expansion in the county that lasted for more than 30 years. During that time, Wickersham started to build using pre-engineered buildings, a newly developed technology. 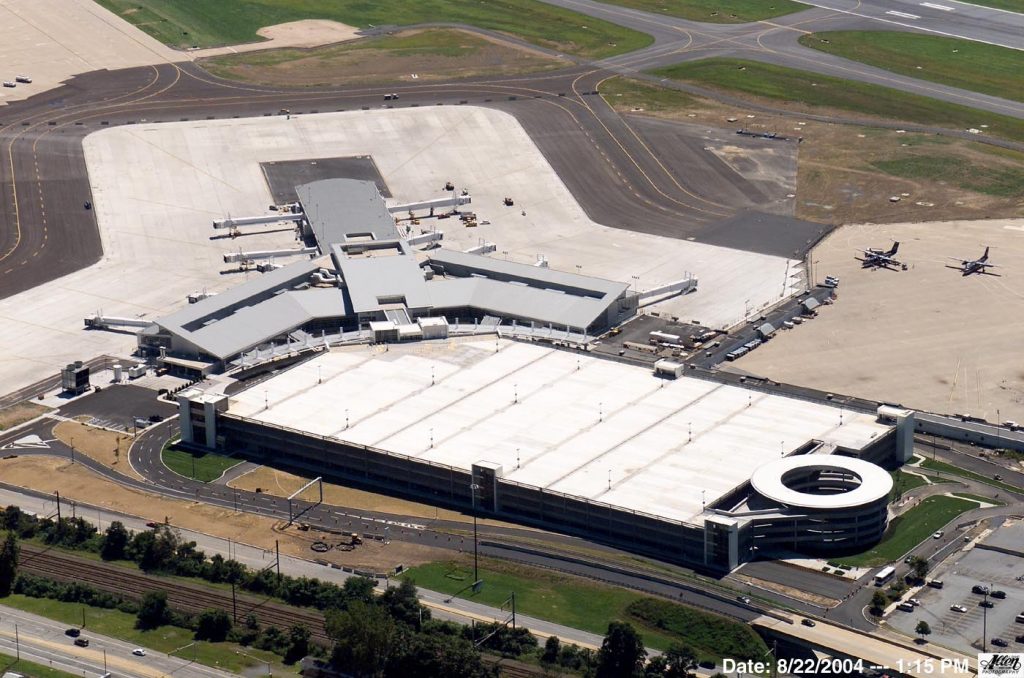 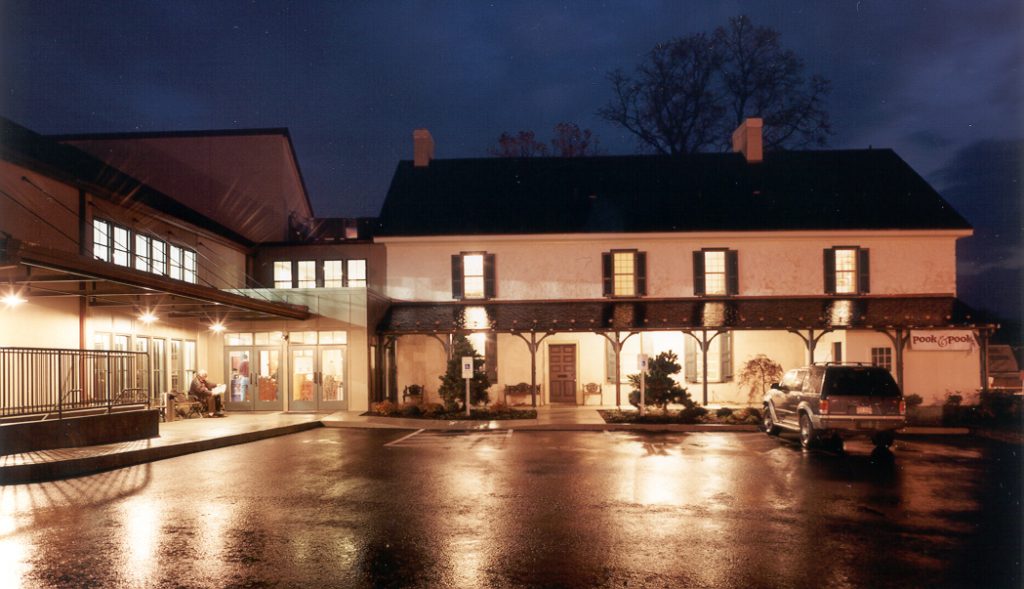 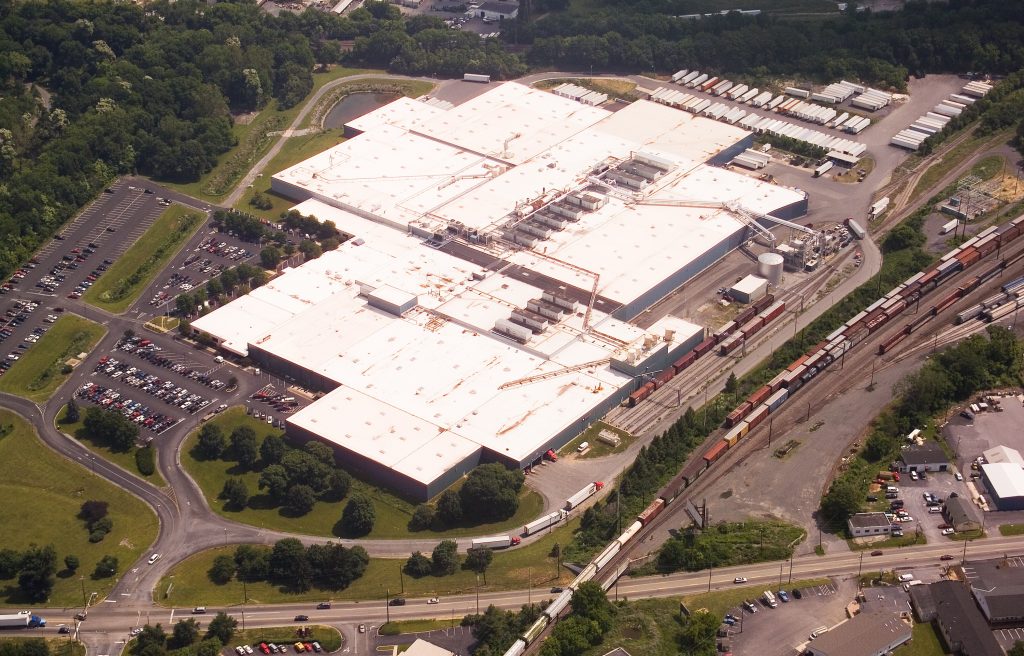 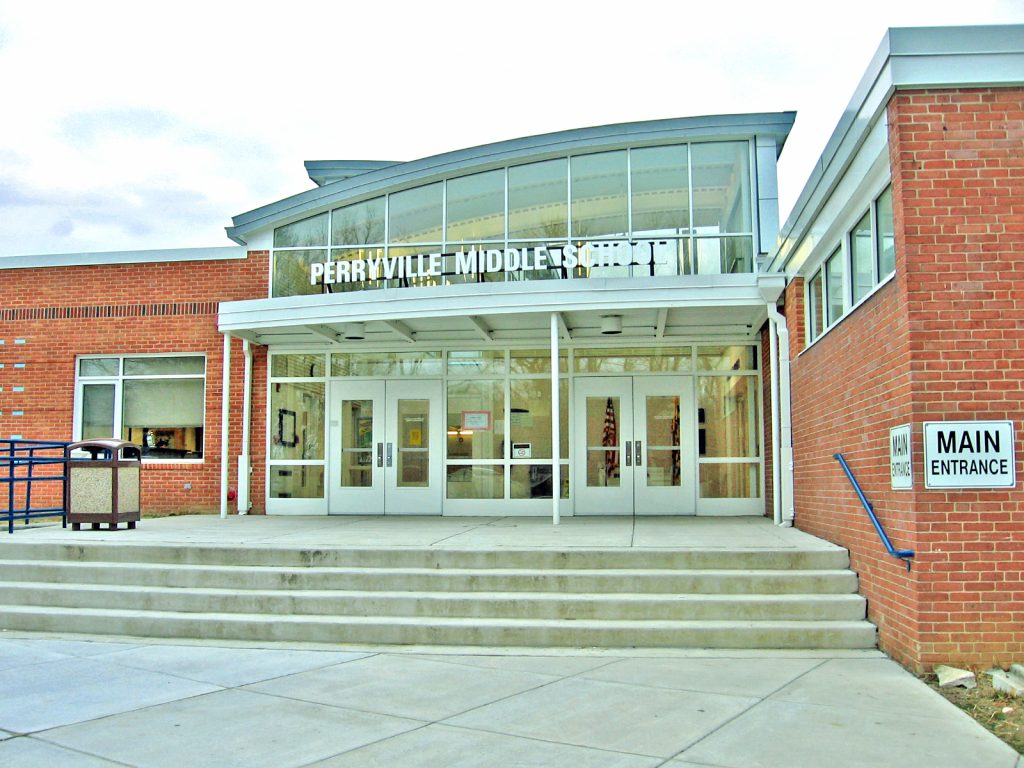 Wickersham Construction & Engineering moved into its fourth non-family generation of management in 1990. In keeping with tradition first started by John Wickersham, project managers Al Mauger, Brad Smith and David Nace were given the opportunity to purchase the company. The project mix still consisted of schools, churches, industrial and institutional buildings in central PA and Northern Maryland. In addition, WC&E started to perform large structural concrete projects. During this time, we performed the concrete work for the Giant Center in Hershey, Hershey School Catherine Hall and the superstructure for the new HIA Terminal and numerous Donnelley Printing expansions.

This also marked a return to construction of projects for Hershey Foods after an absence of 50 years when their union would not allow open shop construction to work there. 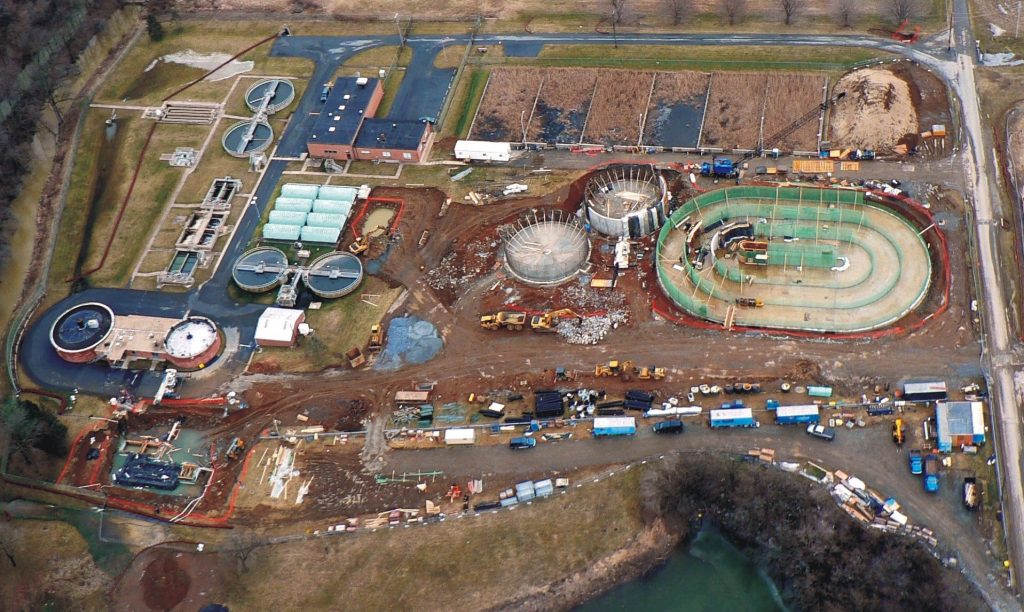 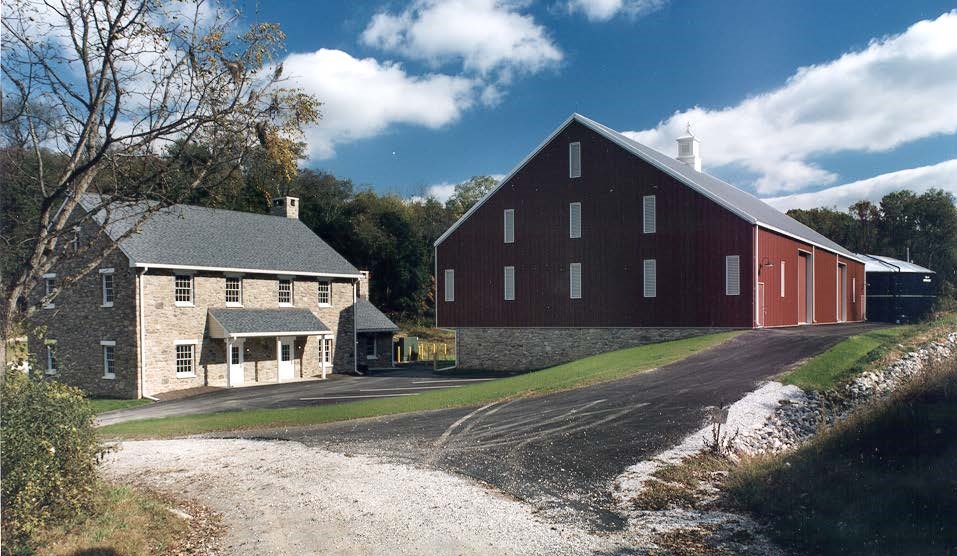 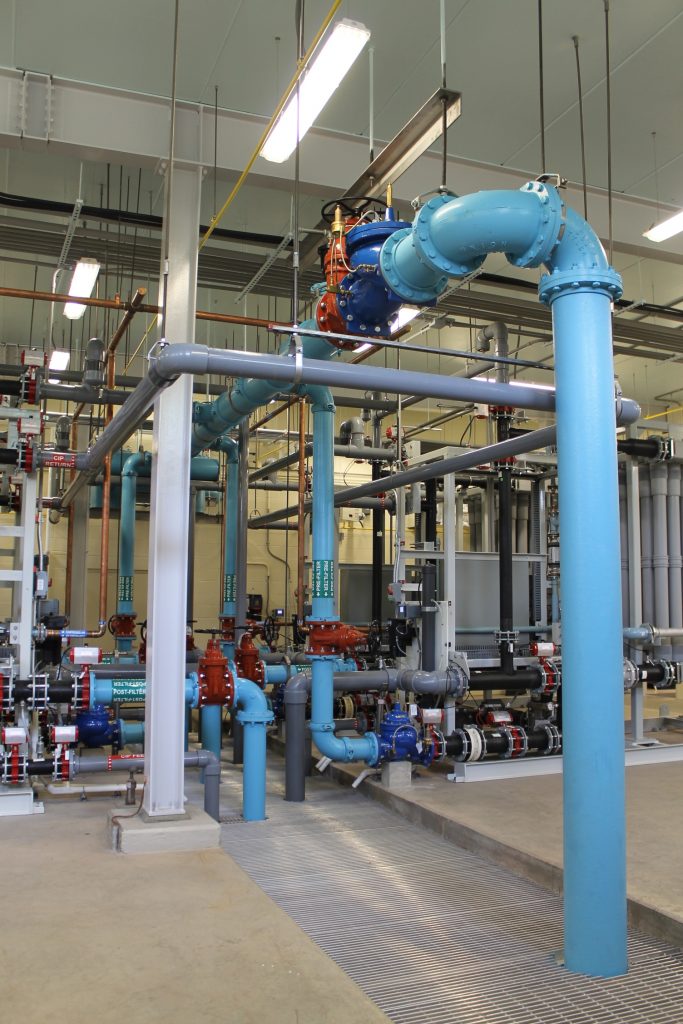 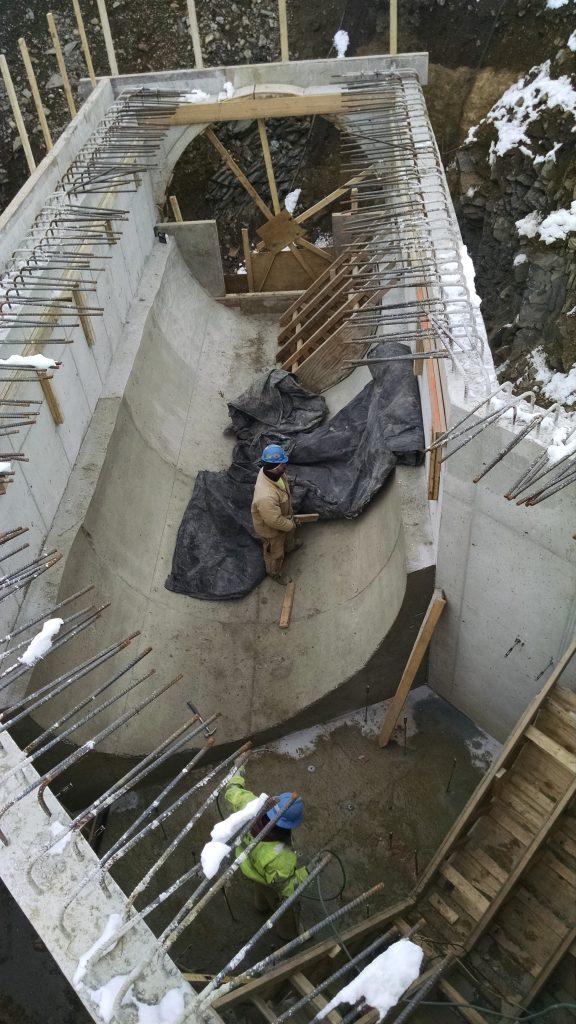 The next big transition in the type of work performed occurred after the policies of the federal government’s housing agencies to eliminate lending standards destroyed the housing finance industry and triggered a recession in 2008. Until that time Wickersham had utilized its concrete expertise to perform select water and wastewater treatment projects, less than 20% of our overall volume. However, with the collapse of the industrial economy and the Chesapeake Bay initiatives in Pennsylvania and Maryland, we constructed numerous water and wastewater treatment plants in PA, MD and DE. 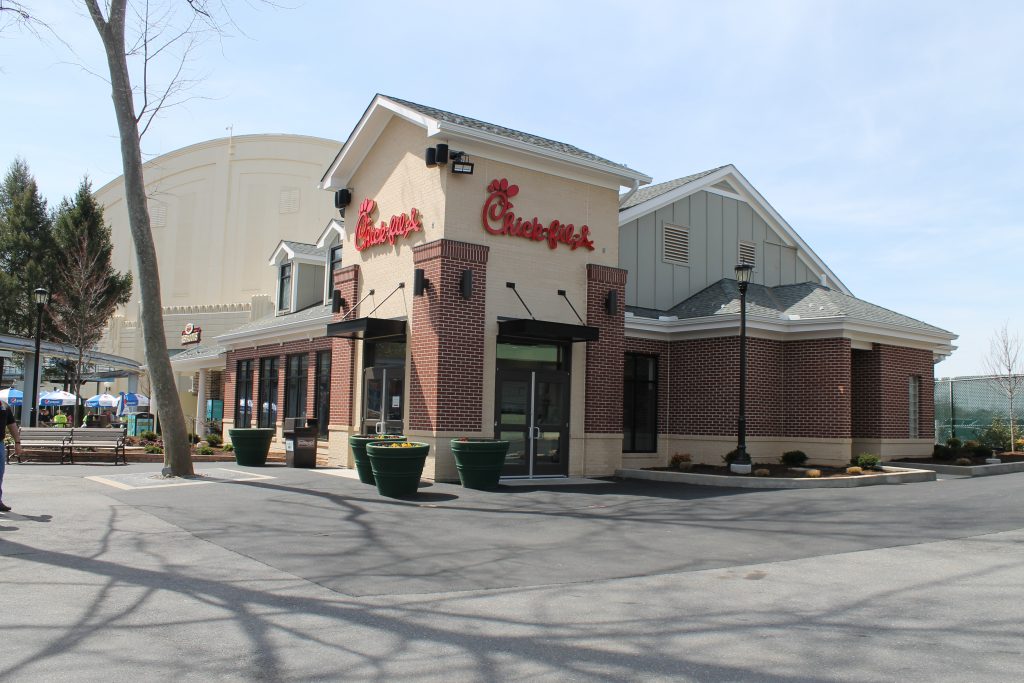 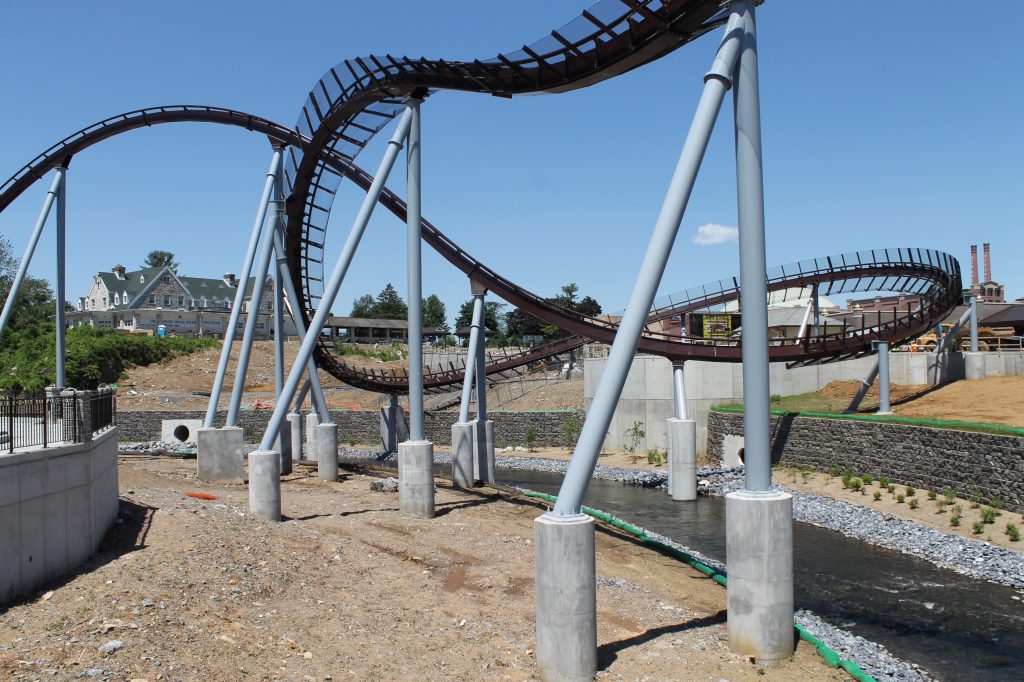 Fortunately, as the construction of treatment plants was coming to an end, the anti-business economic policies were replaced with policies that encouraged investment and economic expansion and we were able to return to constructing the diverse project mix that we are accustomed to.
Today we are constructing architectural projects, concrete projects, environmental projects, pre-engineered buildings and our Industrial Services division is providing project services to senior living, healthcare and industrial clients in Pennsylvania, Maryland and Delaware.